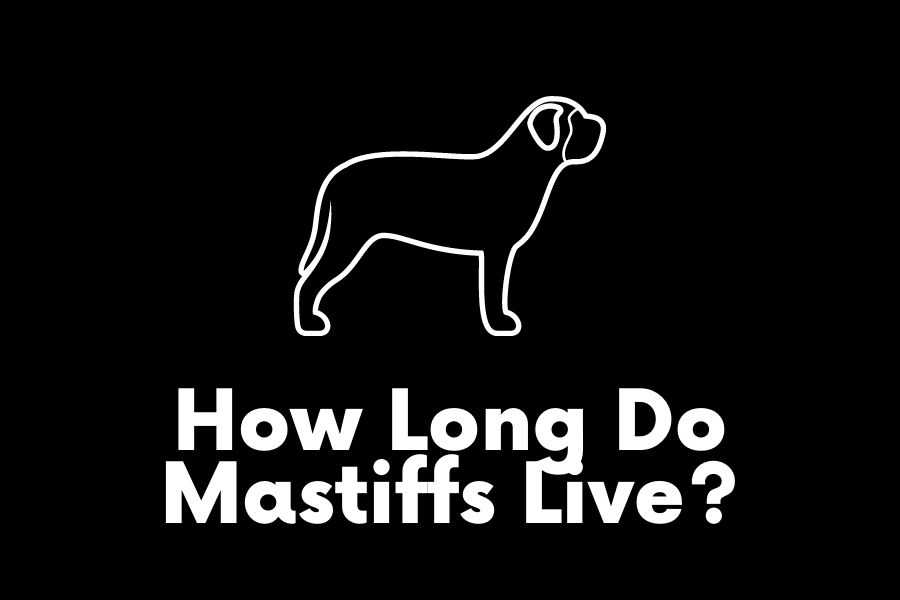 Mastiffs are magnificent dogs and make excellent family pets, and owning a Mastiff is a wonderful experience. The problem is it’s a relatively short experience, in terms of years. So, you might wonder why do Mastiffs have a short lifespan?

It’s heartbreaking to lose a family companion that’s been with you for years, and you’ve watched grow from a tiny bundle to a giant, strapping adult. Still, it’s especially cruel when you lose your beloved Mastiff to old age after an incredibly brief number of years.

Even if you’ve done everything to safeguard your Mastiff’s health and to keep them as disease and accident-free as possible, it’s the depressing truth Mastiffs do not have a long lifespan.

But why do mastiffs have a short lifespan?

How Long Do Mastiffs Usually Live?

Mastiffs, on the whole, have one of the shortest lifespans of any dog breed. There are numerous varieties of Mastiffs, and although lifespans can vary within the Mastiff family, there aren’t any that live a long life.

Mastiffs (English Mastiff) live on average between six to ten years; however, their average lifespan is only seven years, with less than 25% reaching ten years old.

The Mastiff with the shortest lifespan is the French Mastiff (Dogue de Bordeaux); they live on average a very short five to eight years.

A Spanish Mastiff (Mastín Español) has one of the longest lifespans of any Mastiff at ten to twelve years. Bullmastiffs, one of the smaller varieties, live between seven to nine years.

Why Do Mastiffs Die So Young?

It’s not just Mastiffs that die so young. All giant breeds have short lifespans. For example, the Irish Wolfhound can reach a height of thirty-four to thirty-five inches, weigh upwards of one hundred and eighty pounds, and have an incredibly short lifespan of between six to seven years.

Cornelia Kraus, a research scientist from the Johann-Friedrich-Blumenbach-Institute for Zoology & Anthropology, researched why giant dogs have shorter lives; the results were published in the American Naturalist.

Although there’s a vast amount of technical jargon and complex formulas, the bottom line was, “Large dogs die young because they age quickly, large dog breeds age at an accelerated pace.” To further quote the findings, the researchers discovered a one-month loss of life expectancy for every additional 2kg (4.4lbs) in the dog’s body mass.

How Do Most Mastiffs Die?

Smaller dogs with longer lifespans seem to have a slower onset of age-related diseases when compared to large dogs. For example, big dogs more commonly die from neoplasia (tumors) than small dogs.

Large adult dogs, like Mastiffs, show a much higher mortality rate for orthopedic diseases such as hip dysplasia than in smaller dogs. Orthopedic diseases are always degenerative, and a Mastiff’s fast growth negatively affects this specific type of disease.

How To Extend A Mastiff’s Lifespan

Old age is not a disease in itself; it’s a natural life cycle; however, as Mastiffs age, they will need more support from their owners to extend their Mastiff’s lifespan as long as possible.

Owners need to become proactive rather than reactive. Don’t wait until you see signs of a health issue; schedule regular appointments with your vet for check-ups. These can be once a year; however, with a Mastiff’s short lifespan, a year is a long time, you might prefer to book a check-up every six months.

Nutrition and daily exercise are also crucial to maintaining a Mastiff’s health. Feed your Mastiff the best diet you can afford, and while Mastiffs don’t need vigorous exercise, regular walks outside are necessary for their physical and mental well-being.